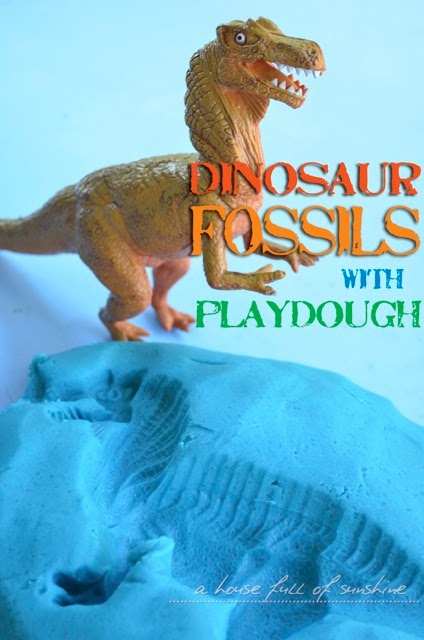 Today’s activity honestly could not be any easier.
If you have a stash of plastic dinosaurs lying around, and a batch of playdough ready to go – you’re set!
I always make my own playdough because I like having a big quantity available for the kids. In my opinion the little tubs you can buy just aren’t enough for them to really let loose with. And besides, they dry out pretty quickly, which means you’re always having to buy more.
If you want to make a big batch of your own playdough to use, here’s the easy recipe I use:
Quick no-cook playdough
2 cups plain flour
4 tbs cream of tartar
2 tbs cooking oil
1 cup salt
food colouring
2 cups boiling water
Mix all ingredients together well and then knead until soft and pliable.
That’s it! The boiling water is the secret to not having to cook the mixture.
So now that you have your playdough ready to go, roll it out nice and smooth… 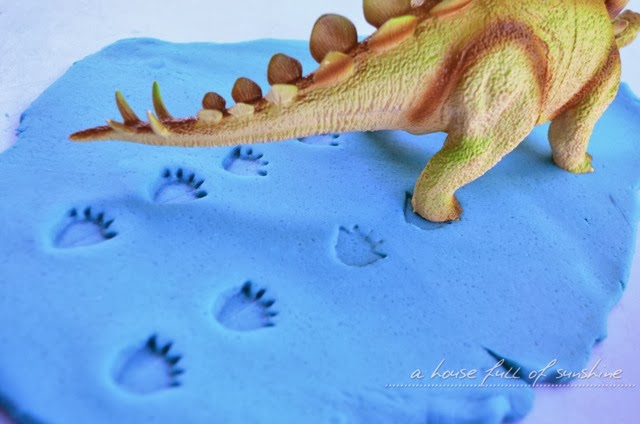 First we played by making dinosaur footprints. Aran loved this! 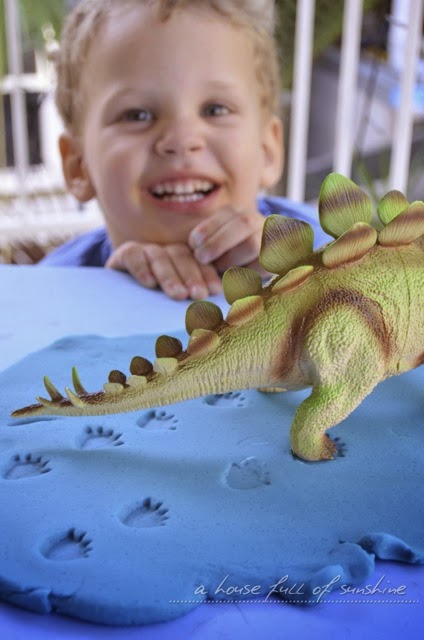 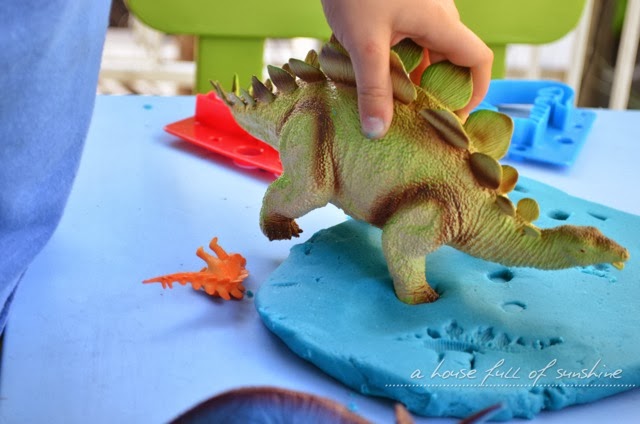 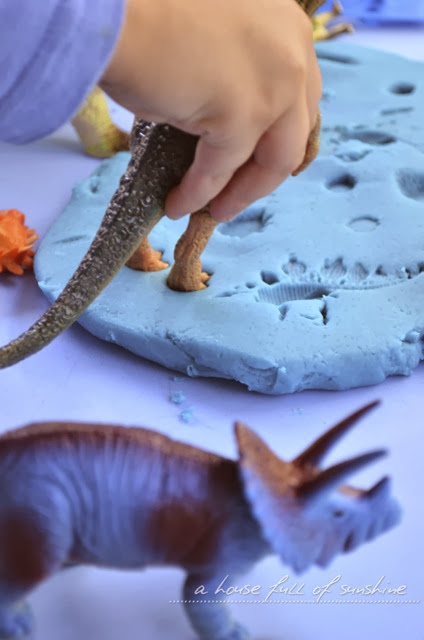 After we made tracks for a little while, it was time to roll the dough out again and make dinosaur fossil prinst! We started with our little dinosaurs, pressing the length of their bodies into the dough from head to tail. 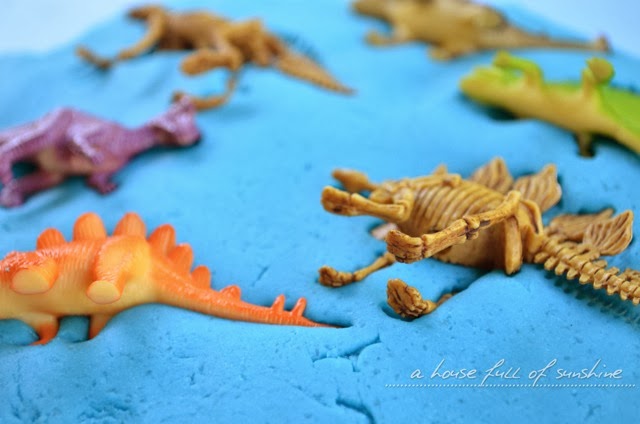 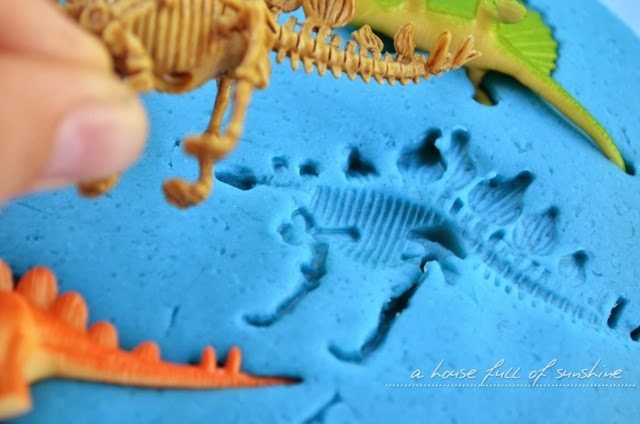 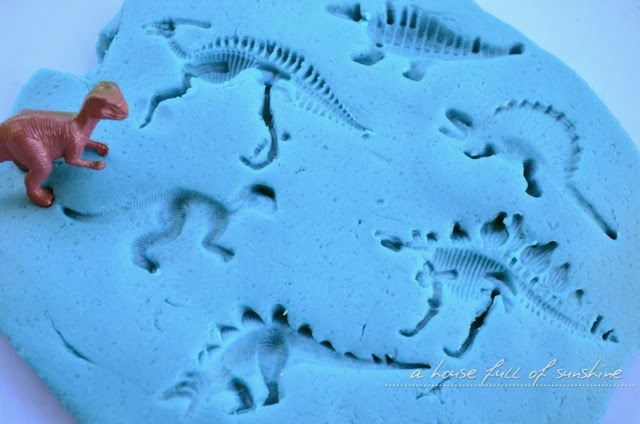 It worked so well – amazing how much detail we could capture in the playdough!

We moved onto some bigger dinos. First a Triceratops… 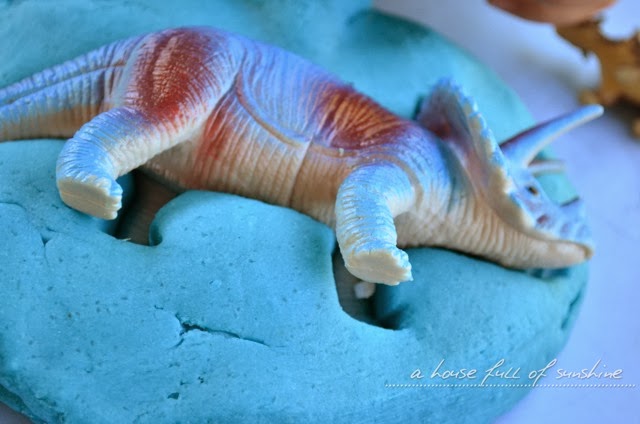 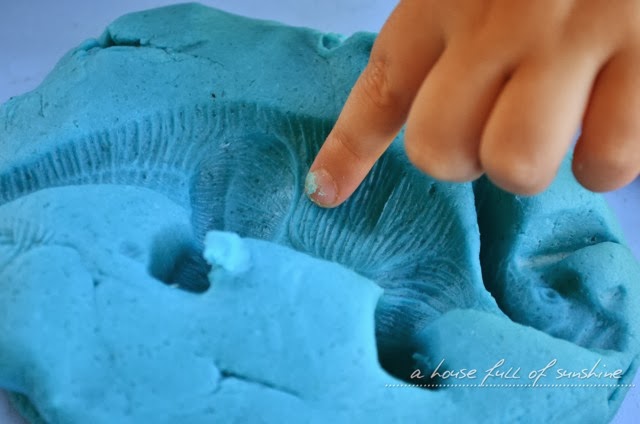 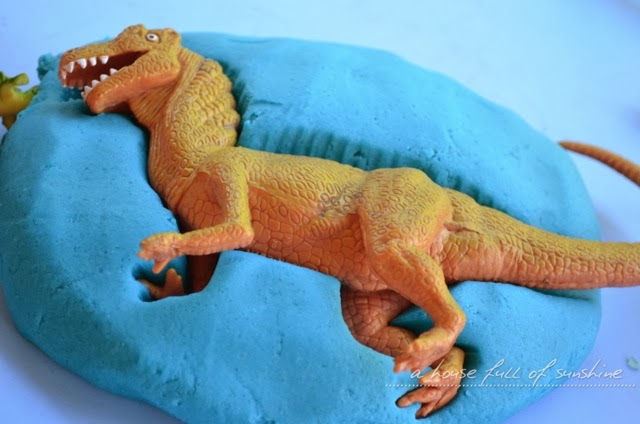 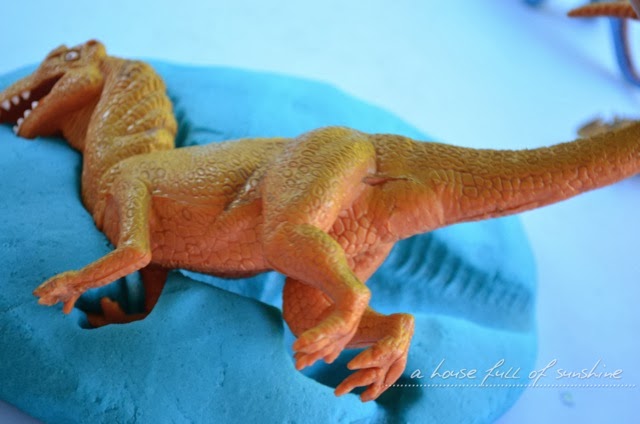 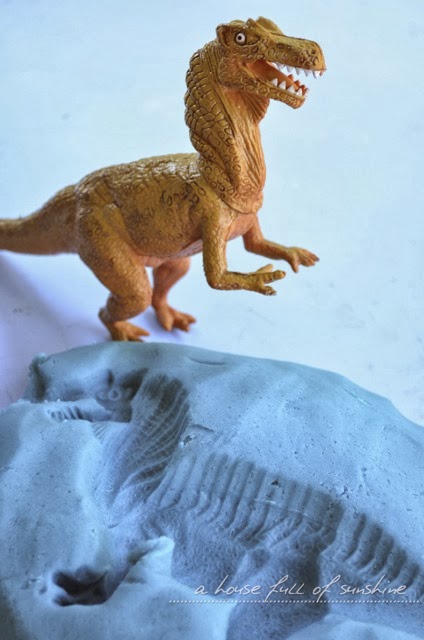 And whatever the heck this guy is. A something-or-other-asaurus. (I’m just going to quit trying to name these dinosaurs while I’m behind and let the photos speak for themselves…) 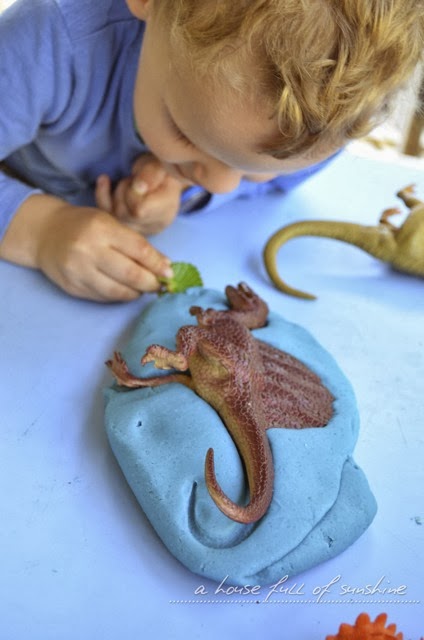 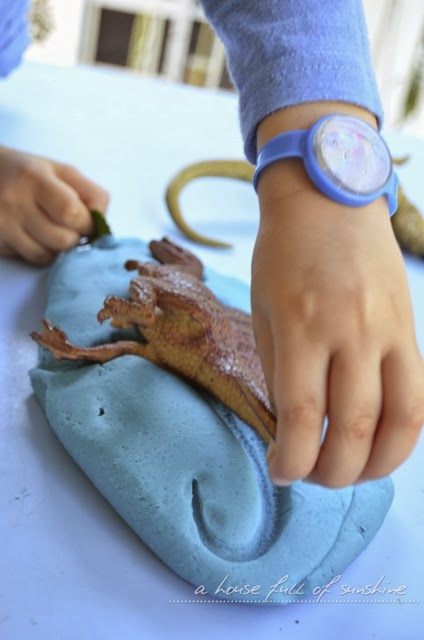 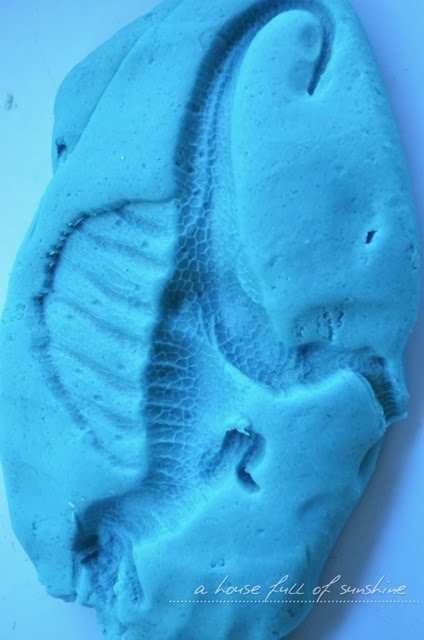 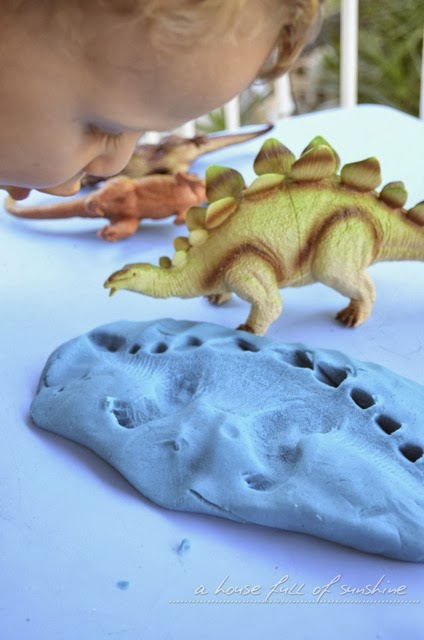 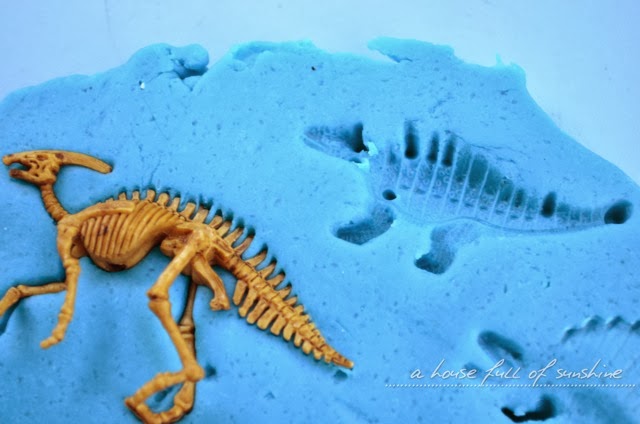 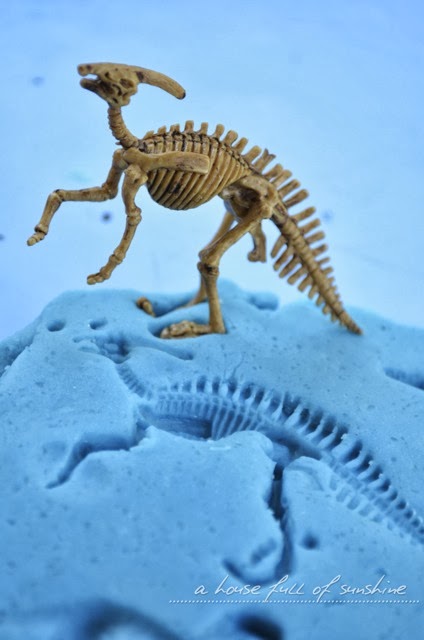 I hope you liked taking a look at our “dinosaur fossils” as much as we enjoyed making them! This was such a big hit that I’m sure we’ll be pulling our dinosaurs out again next time the playdough makes an appearance.