Sick of the Clutter? Sign Up Now!
It’s been an exciting couple of weeks around here. But before I spill the latest news, I have a question for you.
Are you trying to get noticed at what you do? Do you ever feel invisible and wonder whether it’s all worth the effort?
I think every blogger can identify with the uphill work it takes to launch a new blog and get it established. There are many moments of self-doubt and wondering if all the hard work is worth it. You might feel the same way about launching a new business, growing a brand, or trying to get established in a creative industry such as writing or design. 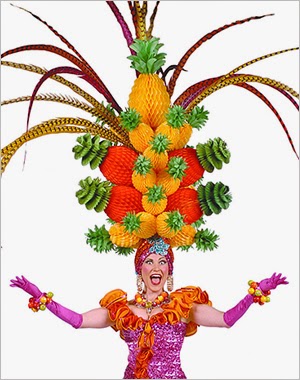 It’s a bit like the feeling you might get if you leapt onto stage wearing a hat made of pineapples and did a tap-dance with lots of jazz hands… then noticed that most of the audience weren’t even glancing your way. You start to think, gee, I must look pretty silly. I’m trying too hard. I shouldn’t have spent the last two months rehearsing my tap-dance and taking intensive classes and making a pineapple hat costume from locally-sourced, organically-grown pineapples. It’s too much effort. And so you slink sadly into the wings with your pineapple hat and never tap-dance again.

Or, perhaps the story goes like this. You do your dance. In the entire audience of hundreds of thousands, a handful of people clap. One or two even throw roses onto the stage and shout “bravo!” Encouraged, you decide to forget about the big audience you’re trying to reach and focus on the core group of people who like what you’ve done. After all, they are pretty awesome, and they’re worth your best effort.
So you come back night after night, and you do your dance. You take more classes and rehearse even harder and try new and more daring costumes, such as a dress hand-woven from Tahitian palm fronds and a hat incorporating live monkeys hanging from a tree. Nothing much changes with regard to your audience paying any more attention, except for that small group of people in the front few rows who always smile at you and throw bananas for your monkeys to eat. Gradually you get more confident, because smiles have that effect. You decide you’re going to stick with this and give it your best. Because your fans on the front row are awesome, and you like being able to make them happy, and your monkeys really like the bananas. So you keep working and dancing and practicing to get better and better at what you do.
And then, after what seems like a long time, and just when you least expect it, someone grabs you in the wings as you’re leaving the stage and says, “Hey! I really like your stuff! I think I can help you!” And just like magic, cool stuff starts to happen.
Except it’s not really magic, because it’s taken months and months of hard work and practice and research and effort, and all that time when you thought hardly anyone was watching, perhaps one or two people way back in the grandstands noticed all that effort and thought to themselves, “I like her stuff. That pineapple hat is really quite awesome. I would like more people to see what she’s doing, because I’m pretty sure they would like it too.”
So yeah…. that’s how I feel. I’m the dorky girl in the pineapple hat who decided to work really hard even when no-one was watching and who’s just had some cool stuff happen to her. First came the news that I’ve been accepted as a monthly contributor at the popular blog, Practically Functional. Next, I was invited to participate in a Summer blog hop with a whole group of fabulous bloggers – my project will be coming up in a couple of weeks!
And today I’m being featured on the Summer Spotlight Series hosted by Kenarry: Ideas for the Home, View from the Fridge, Oh, My! Creative and One Krieger Chick.  The Summer Spotlight showcases awesome ideas from a different talented blogger each Friday throughout the Summer months (or winter, if you’re Aussie like me). I encourage you to swing by their sites to check out the ideas they’re featuring from my blog as well as the entire Summer Spotlight series. You can also follow the hosts online to see the great ideas they share year-round:

Carrie of Kenarry: Ideas for the Home

Katie of View from the Fridge

Susan of Oh My! Creative

Ariean of One Krieger Chick What does this all have to do with you?
I want to encourage you to keep going.
Do it for the people on the front row who love what you do. They’re worth it. There’s no instant success (and I’m certainly a long way from being one) but success is achievable – you just have to earn it by working hard and getting better at what you do.
The only magic is in not giving up.
And if you’re one of those people on the front row who’ve smiled at me in my silly hat? Thank you. Words can’t say how much it’s meant to me to have a group of strong supporters such as yourselves. Every comment, every like and share is a smile that has kept me going. I couldn’t have asked for a more lovely, generous and giving group as you have been in my early days as a blogger.
Have you ever felt like the dorky girl in the pineapple hat when you’re trying to establish something new? What tips would you add to help overcome discouragement?
P.S. Don’t forget to check out my guest feature here!
P.P.S. In case you’re wondering…. this is still not THE news I’ve been hinting at. How much excitement can you take? Stay tuned!
Pin
Share
Tweet