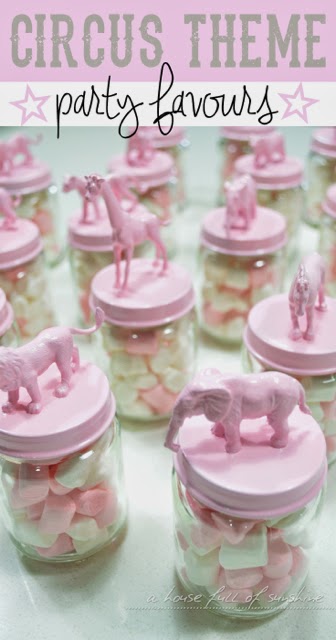 Little Miss has just turned two. We’ve never made a big deal of first birthdays, because I figure a one-year-old is too small to appreciate all the fuss, and so really, what’s the point? But by the second birthday, there’s enough awareness to warrant a bit of a happening. So we generally pull out all the stops to make up for our vague guilt over doing nothing whatsoever the year before.
After two little boys, Allegra’s 2nd birthday was therefore my first EVER non-boy-themed birthday party! And after a run of Spiderman, Octonauts, Cars and Train-themed events, I was ready for something altogether pretty and girly.
No prizes for guessing what colour featured prominently in the party décor. As one friend put it, it was a “pink spectacular!”
Yes. Mummy went a little bit pink-crazy.
I’m going to reveal photos of the complete event in a few days time, but first I thought I’d walk you through a few of the projects I put together for this party.
After choosing a “pink circus” theme, I spied this inspiring image on Pinterest, and decided to do something similar for my party favours – but in pink, of course, and using smaller-sized jars.
I used baby-food jars, which were just the right size, and a cheap packet of zoo animals from Big W.

The first step was simply to glue the animals to the lids using craft glue. 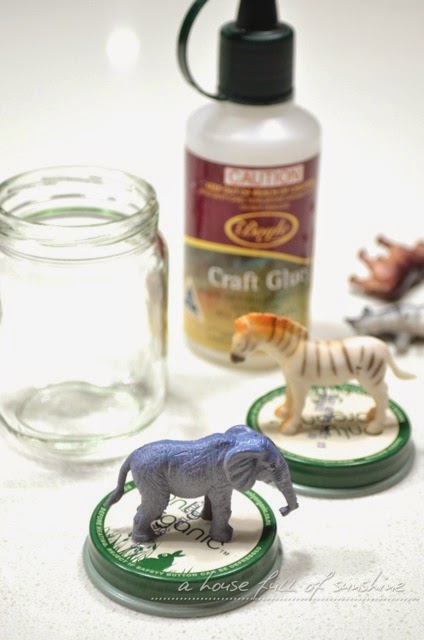 Once the glue was dry, I used Rust-oleum Paint + Primer in Gloss Candy Pink to spray both the animal and lid. Simple! 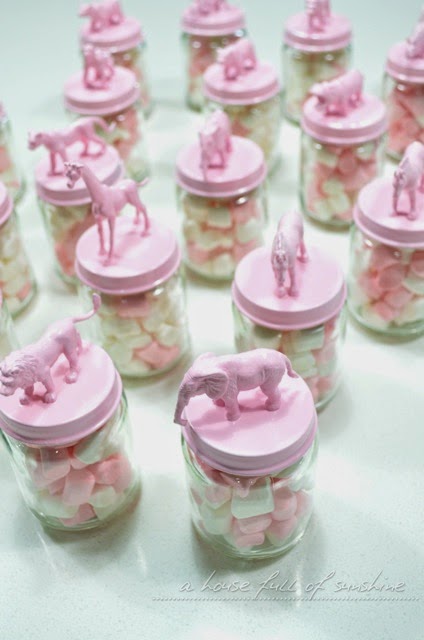 I found it easiest to flip the lid on its side first and give the underside of the animal a quick shot of spray, then sit the lid flat and spray liberally from the top and each side. The paint gave great coverage. You’ll need to be very careful that the underside of the lids don’t come into contact with the paint.

I also experimented with spraying the animals and lids separately, and then gluing them together, to see if that would be any easier. It wasn’t. The animals did glue firmly even with the two painted surfaces, but I found it a bit more fiddly that way for some reason. I liked having them all in one piece – for me it just seemed easier to handle. 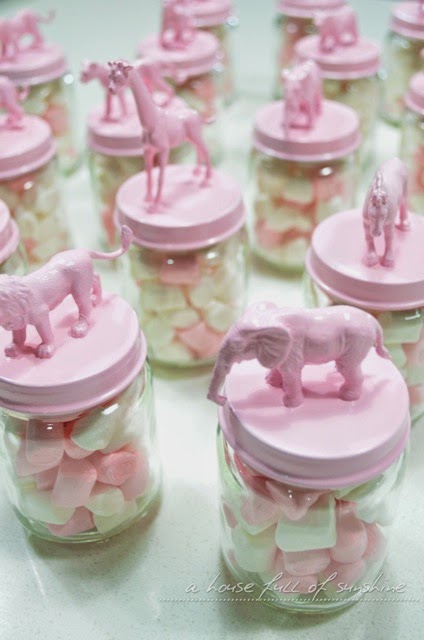 The last step was to fill the jars with mini marshmallows – the perfect colour combination for the pink spectacular. 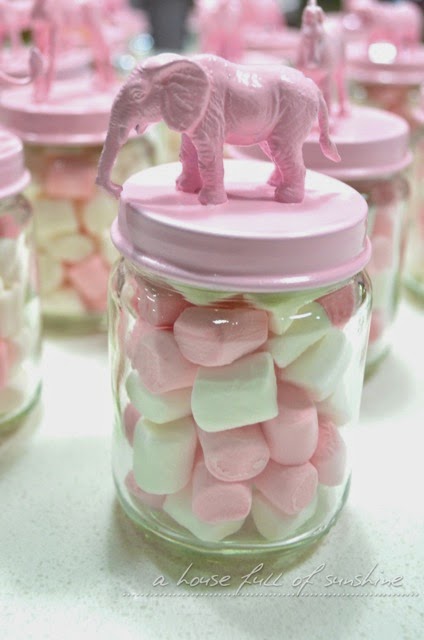 And here’s a sneak peek of the favours lined up on the party table! 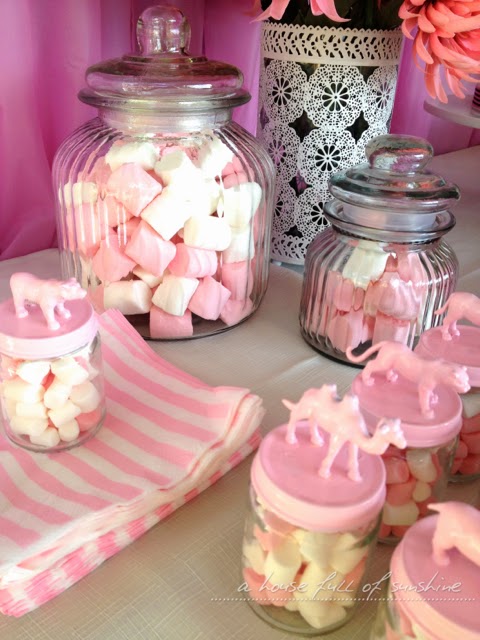 Just forgive the awful quality of these photos. There’s a story behind that. I was rushing to shoot a couple of pics of the party table before our guests arrived, and fumbled and DROPPED my DSLR camera onto the deck. It stopped working completely and I had to snap some pics with my iPhone instead.

Thankfully, it started working again perfectly within the hour, and I’ve had no problems with it since, but of course by the time of the camera’s resurrection all the food had been eaten. Sigh! I’m no fabulous photographer by any stretch, but iPhone photos just aren’t quite the same… 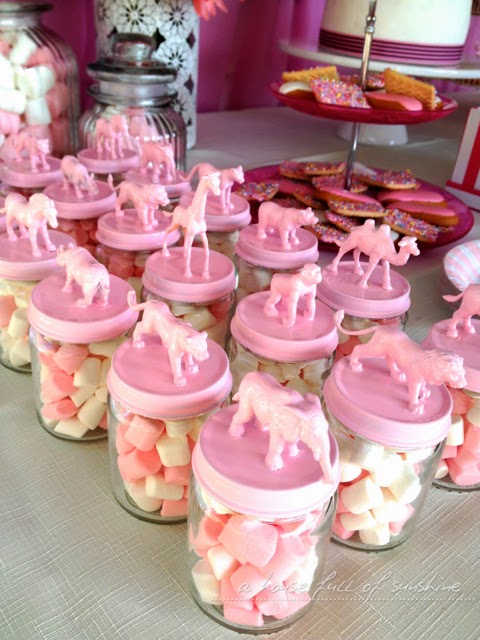 Nevertheless, the favours were a big hit with the kids, and they were all quite excited to choose the animal they liked best from the line-up and have their own special jar to take home. All up, this is one of the simplest and most effective party favour ideas I’ve tried thus far. It gets a thumbs up from me! 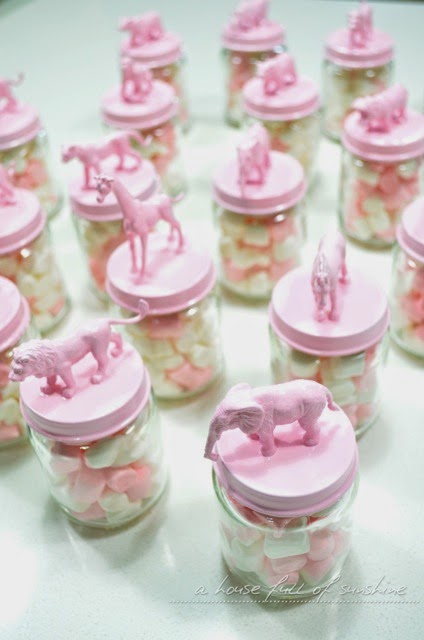 Stay tuned – more party projects coming up this week!
Let’s chat: Before I had kids, I imagined that elaborate parties must be more for the parents’ benefit than the children’s, but having seen the way our kids talk about the event for the next six months, I know that ours appreciate the extra effort and creativity we try to put in. Our boys are already talking about what theme they’d like for their next party. But I think there’s definitely a case for simplicity as well. Parties can be expensive! So, what do you prefer – a simple get-together or an elaborate event?

Pssssst – New here? Don’t leave without your free gift! This book is for any mum who’s ever wished for a more organised, more creative life at home with kids. It’s time to stop wishing and make it happen! Join over 1900 subscribers and grab your completely FREE copy by typing your email address below.
(Want to know more? Get more info here!) 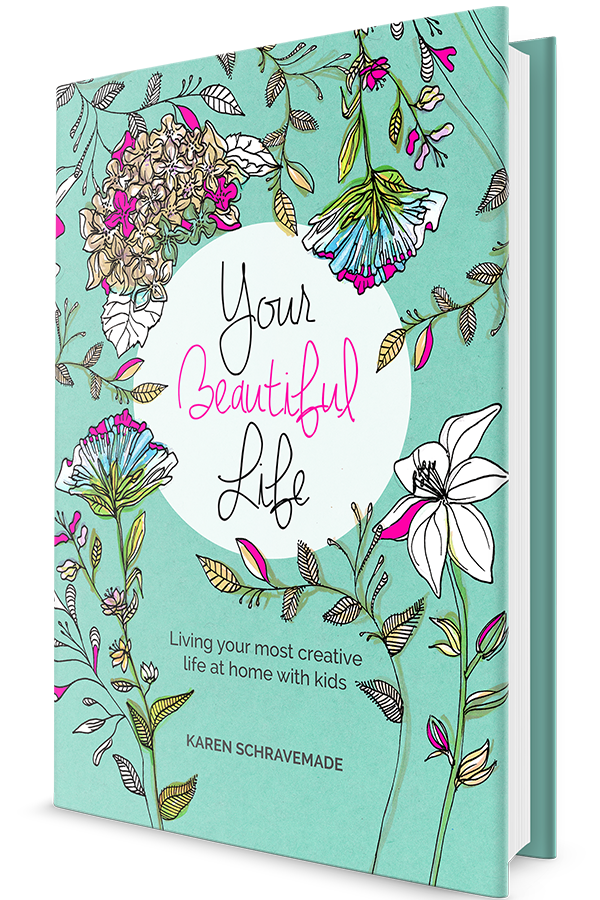