Sick of the Clutter? Sign Up Now!
My two little boys were completely obsessed with Disney’s Cars movie for a really long time, and then of course Planes. So no prizes for guessing who was super excited when the newest Planes movie released to DVD last week! They got to stay up really late (for them) and watch it on the big screen at the holiday park we stayed at over the weekend – what a treat!
It brought to mind the birthday party I put on for Jaxon a whole year ago, when the first Planes movie had just come out at the cinema. We were on the verge of moving house, so my major goal was to keep things simple – but still create a memory for the kids. This party idea would work equally well for an at-home showing of a certain favourite movie…. 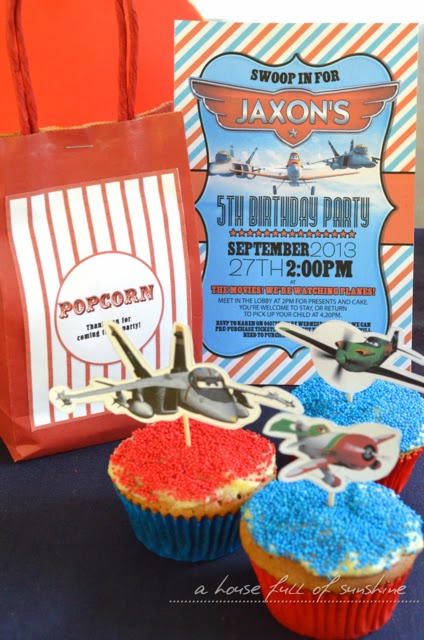 I totally recommend movie-themed parties if you’re super busy but still want to pull off something the kiddos will love. The entertainment is the movie – how easy can you get?
I started with an Etsy invitation, as per my usual modus operandi. The exact invitation I used no longer seems to be available, but I really like this alternative.
We met in the lobby of the movie theatre, where the perfect birthday photo opportunity presented itself… 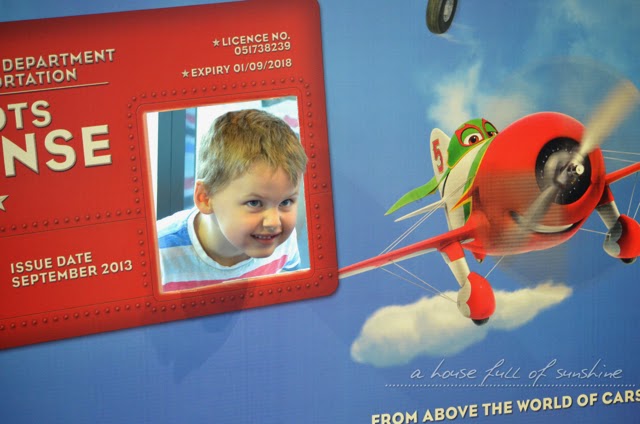 Instead of a birthday cake, which would’ve been hard to manage without anywhere really for people to sit, we handed round cupcakes. I made the cupcakes with red and blue cupcake liners and sprinkles to tie in with the theme. 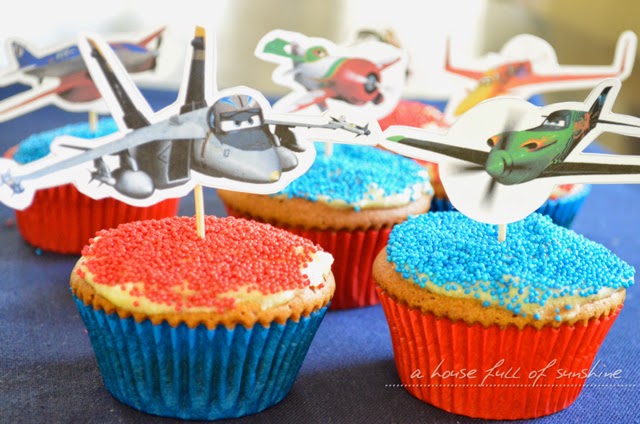 The cupcake toppers were found on the Disney website. I printed them out on white card, then cut them out and taped a toothpick to the back of each. So much easier than making a cake, and the kids went crazy for these! They had so much fun picking out which character cupcake they wanted. 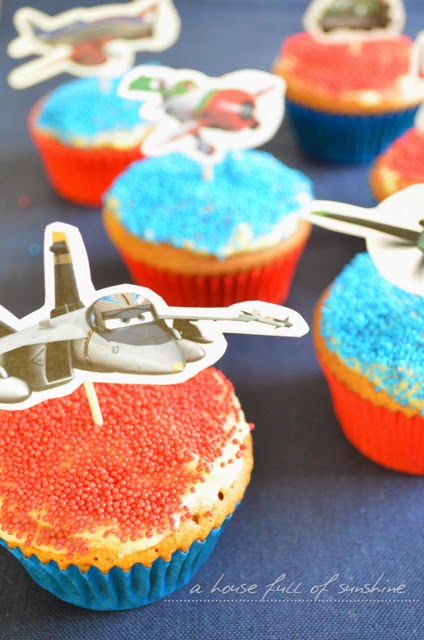 We had presents in the lobby also… 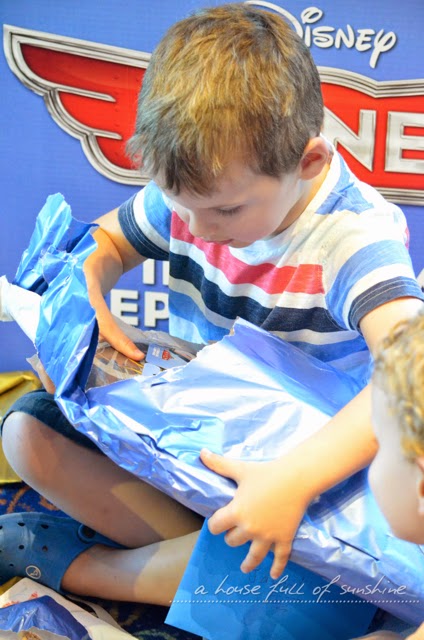 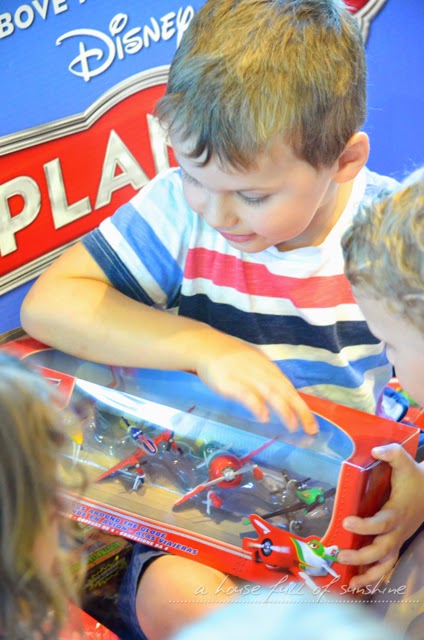 Then it was time to watch the movie! 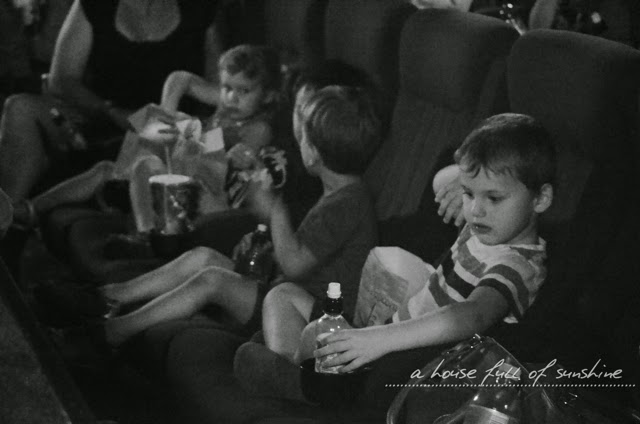 Afterwards, we handed out popcorn party bags so the kids could take a bit of the movie experience home with them. I bought red paper bags from Spotlight, and made the simple gift bag labels in Word. 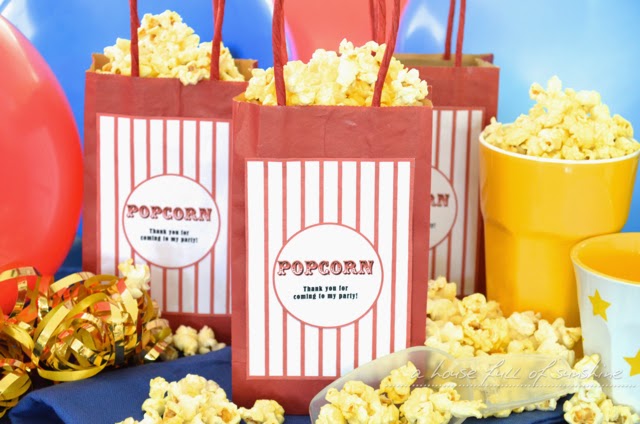 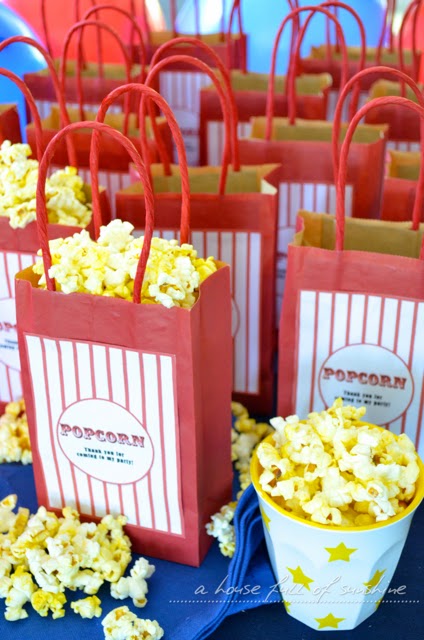 … And also slipped a chocolate and a sheet of Plane stickers into each bag. 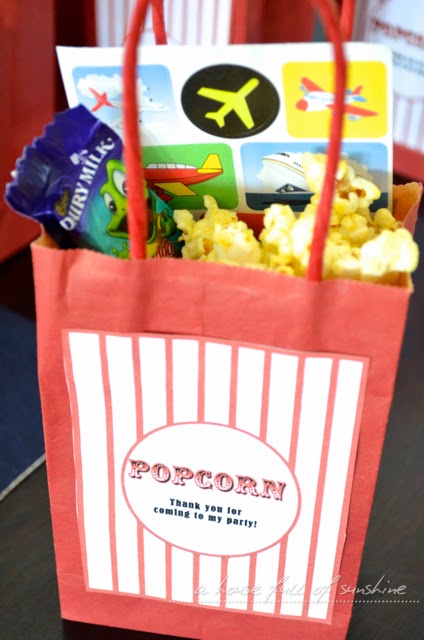 All up, this was one of the simplest parties I ever put together, and the kids did not stop talking about it for months afterward. This was actually the first time my boys had ever been to see a movie at the cinemas – at 5 and 3, I’d wondered if they would make it through the whole thing, but they were completely riveted the entire time! 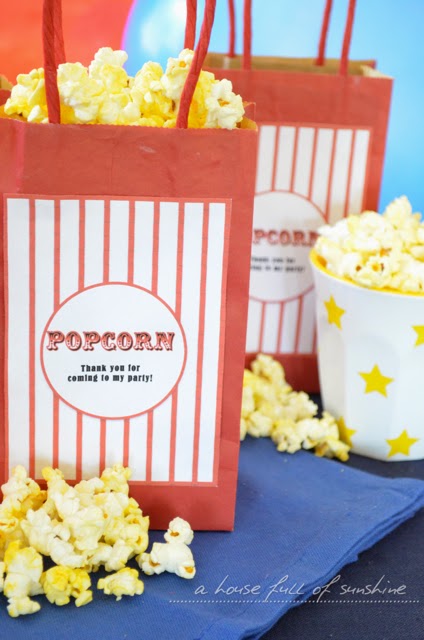 I can see more movie-themed birthdays in our future, for sure. I wonder what will be next?
Let’s talk: Anyone else have kiddos obsessed with Planes, Cars, and generally all things Disney? If you could choose one movie to plan a party theme around for your kids, which one would it be?
Pin155
Share
Tweet5
160 Shares