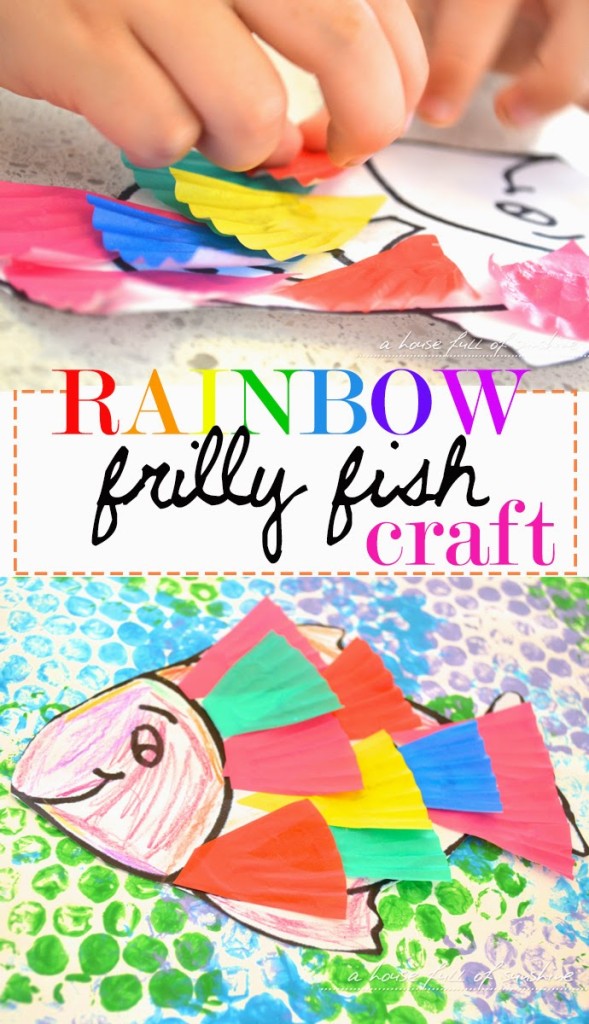 I told you I had something special planned for the bubble wrap prints we made. And here it is! We used the prints as an ocean background for our frilly fish craft.
All you’ll need is a fish template printed on white paper, and some brightly coloured cupcake liners. 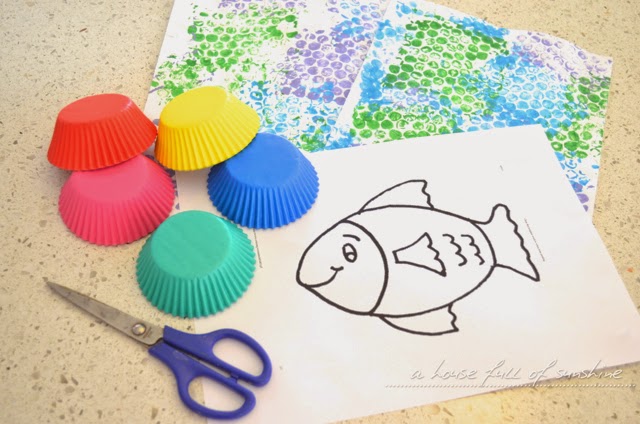 Start by snipping the cupcake liners into wedges. It’s quickest to layer them on top of each other and do a few at a time. 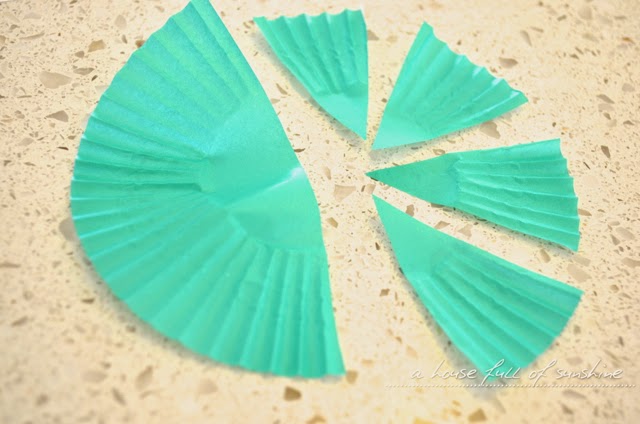 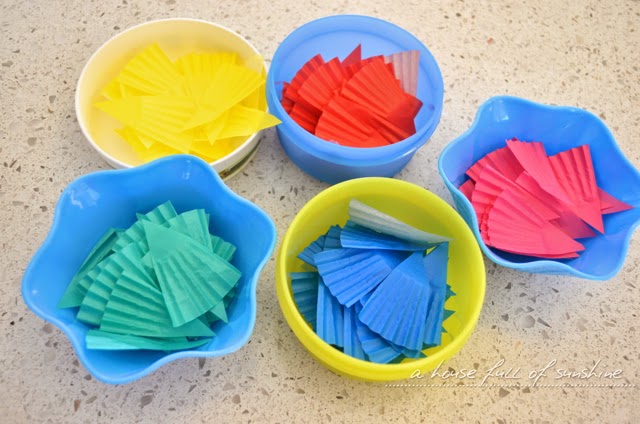 Cut out the fish… 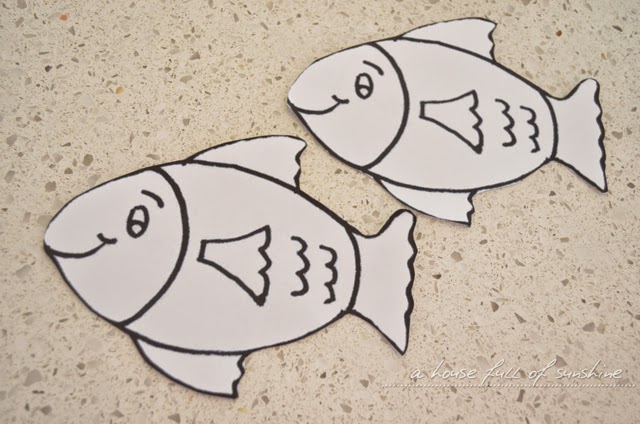 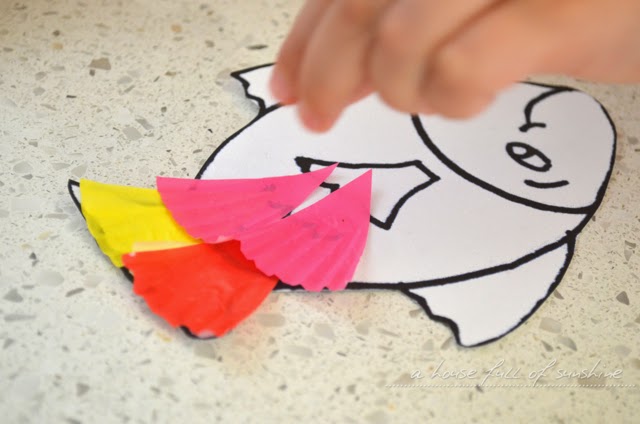 Let each layer roughly overlap the previous one. 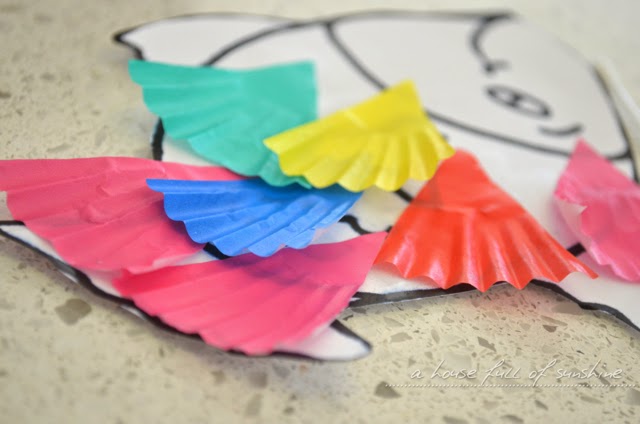 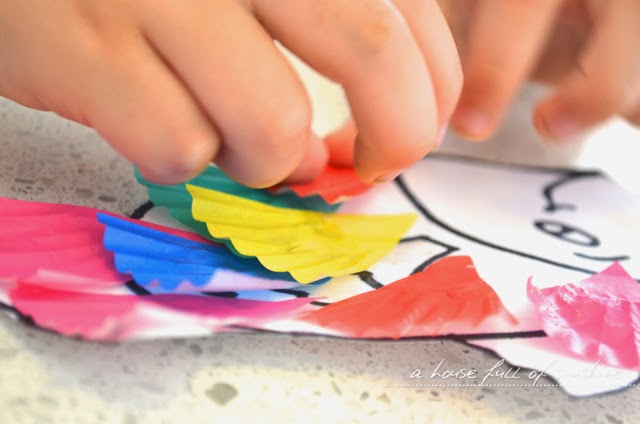 When you reach the “gills”, snip off the points of the cupcake liners so they don’t protrude over the face.

Then glue the fish to the printed background. 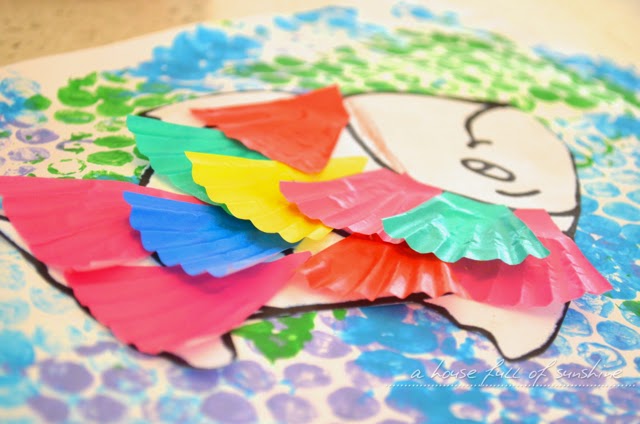 Lastly, colour it in! 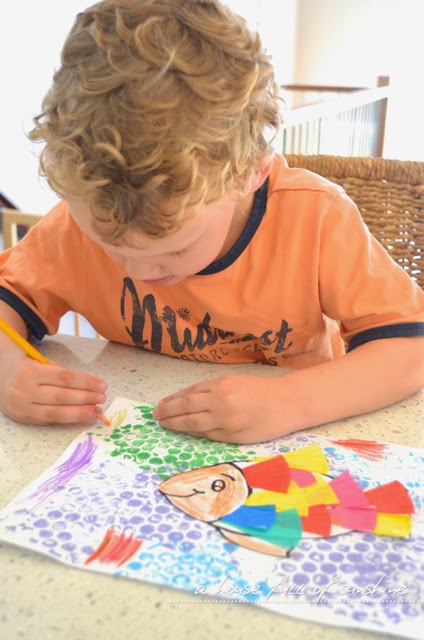 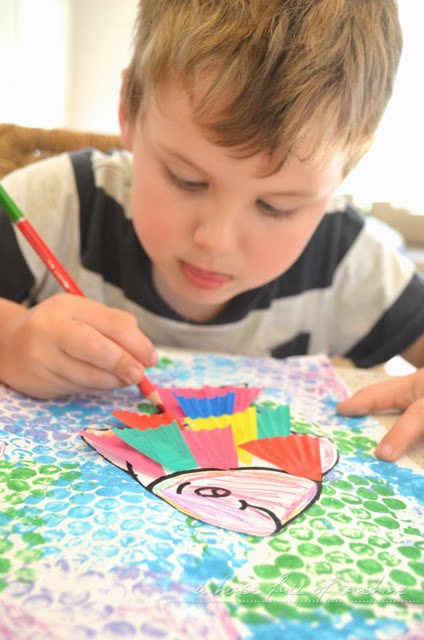 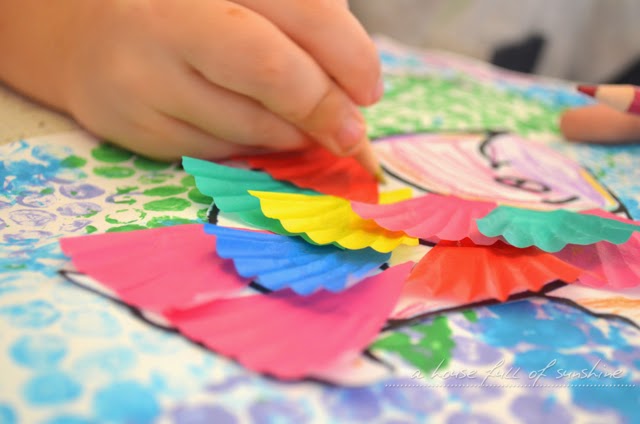 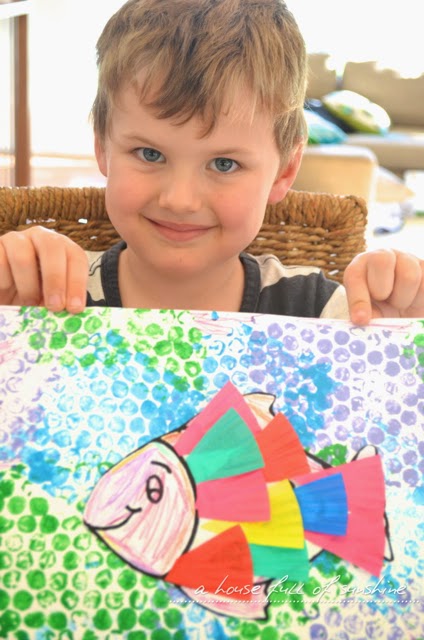 For such a simple craft, it was beautiful to see the delight on the boys’ faces when they were done. They were super proud of their efforts! 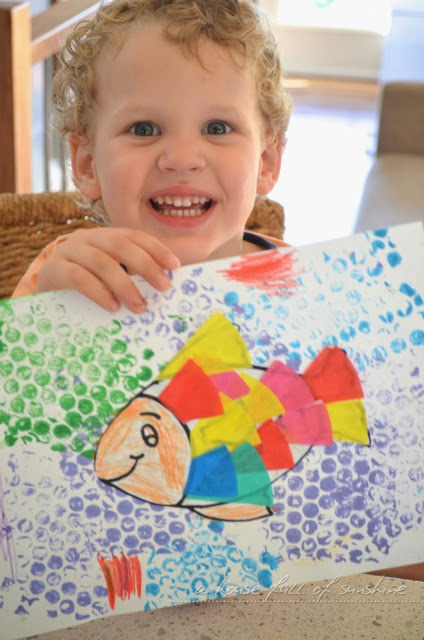 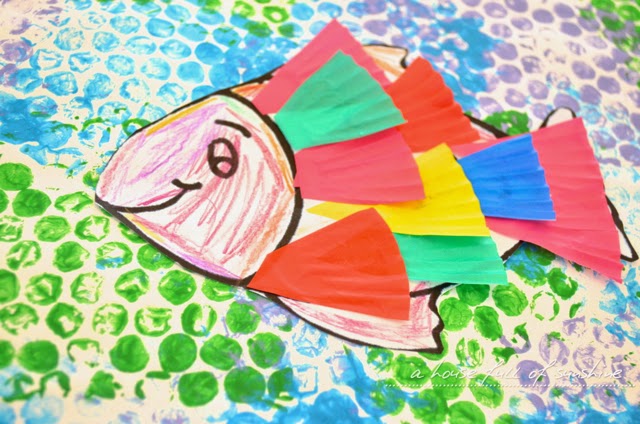 The colourful fish look lovely displayed in our new gallery wall in the playroom. 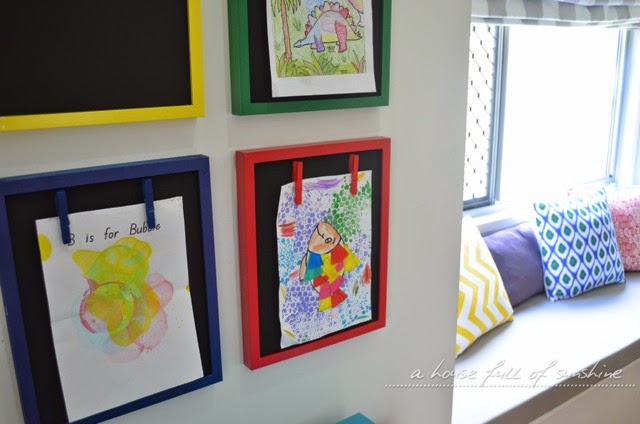 Recently, I’ve tried to explain to the boys a little bit about this blog. I’m not sure how much they really understand, but they think it’s pretty cool that people on the internet get to see the art they make. So, if you have time to leave a comment for two little mini artists, that would totally make their day! Thanks, lovelies!
P.S. Coming up next…. a big boy room reveal!! I’m super excited to share this one! xo
Pin556
Share3
Tweet2
561 Shares