Sick of the Clutter? Sign Up Now!
So anyway…. I have a confession to make.
We have just moved house.

It seems crazy, I know. Didn’t we only just move in? YES!! Less than one year ago, in fact. We moved in two weeks before Christmas last year.
When we built our last home, we always knew we’d be there short-term. We moved there so we could complete a land development: a boutique estate called Freshwater Pier. (If you’re new here, my husband is a property developer, so he does lots of this sort of thing. This is the first time we’ve steered a project like this ourselves, however.)

Here’s a shot of our house as it sits on the site. This was taken just after the development was completed. Things have moved even further since then – there are now two more houses under construction, 4 blocks sold and another 2 under contract. There are currently only 4 blocks left, so if you’re a local, you need to get in quick! For a newly-released estate, we’ve been thrilled with how fast things have moved, especially in such a quiet (aka totally dead) market.
I do believe the reason is this: 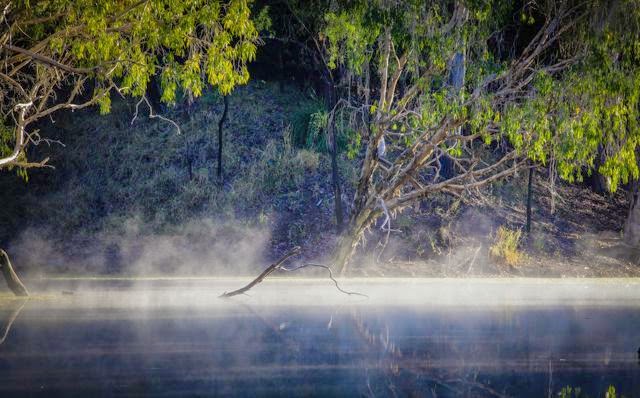 Pretty, right? This is what it looks like at the end of the driveway and down an embankment. We love walking down here with the kids in the afternoon. It’s such a peaceful spot on the river.
Also, the estate is in South Rockhampton, a very popular part of town where it’s becoming more and more difficult to find vacant land to build on, so that’s another reason Freshwater Pier has done so well in a depressed property market. 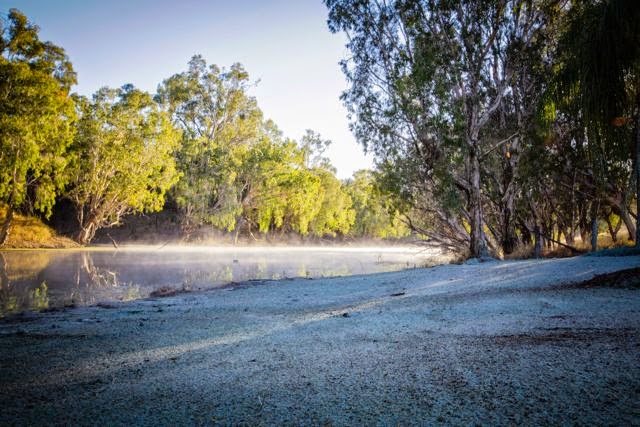 Anyhow, with the development all finished, my husband’s company is now using our house as a display home for the estate.
It all came down to one question: did I want to live in a display home with three very small, precocious children and a wonderful but extremely messy husband?

I could imagine exactly how that one would go. Hands up who’s ever seen a display home with apple cores under the beds and dirty dishes in the sink and crayon on the walls?
Yeah. We got the heck outta there. 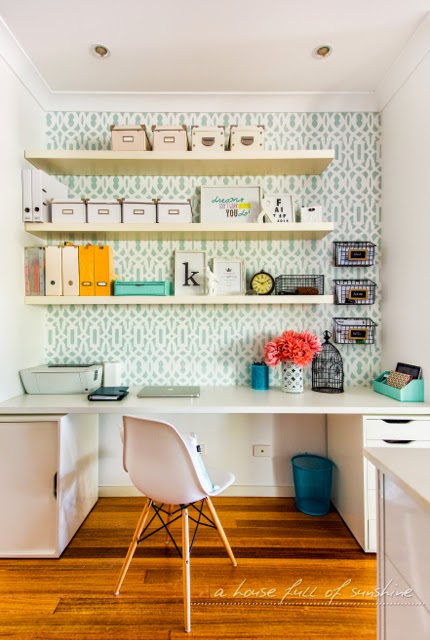 It all looks very serene and lovely and magazine-like now that we’re not actually living there any more.  However, we did have some professional house photos taken before we left. (I won’t talk about the massive amounts of effort and coercion it took to get the house to this state, with all three small children still within said house. We’ll just pretend my house looks like this all the time, ‘kay?) 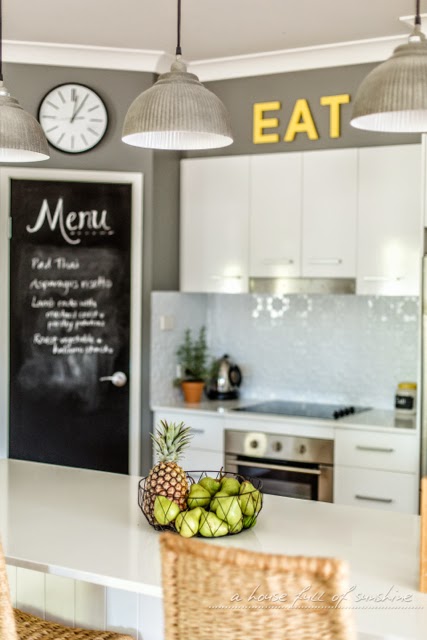 (Good. I like you. You have a great imagination.)
With pretty professional photos in hand, I took the opportunity to finally update my “Home tour” tab (you can see it in the coral-coloured navigation bar in the header.)
I now have TWO complete home tours up in the space of two years. And soon to be adding a third. ‘Cos we’re crazeeeee like that.
When you click on the Home tour tab now, you’ll see two headers to choose from. The River House is of course the one we’ve just moved out of, at Freshwater Pier. The Bush House gets its name from backing onto mountain bushland. Both beautiful locations. I’ll update this page with most recent tours at the top. (A sneak peek of the third tour will be up next week!)
Hopefully there won’t be too many more. Three moves in three years with three kids?…. it’s been an adventure, but I must say: I’m over adventures of the moving-house variety. We’ve actually moved eight times in total in our fourteen years of marriage. This girl is ready to settle down.

First, the River House. I’m so excited to be able to share this tour. It’s actually the first complete tour of this house ever to go up on my blog. These new photos were largely taken by Living Lens, but I wish I could say I took them. They’re just so stunning. Make sure you stop past and check them out!

I’d so appreciate you leaving a comment on the River House Tour page to let me know what you think of all our hard work, and of course, if you like what we’ve done in such a short space of time, please share – it’s always so appreciated!

And if you’re new around here or just feeling nostalgic, you can also click the image above to take the Bush house tour. This is where my blogging adventure all began.
✥
Coming up next: it’s almost my ONE YEAR BLOGIVERSARY!! Woo hoo! I have something special planned for you to celebrate, including an awesome giveaway, so make sure you tune in this Thursday!

I’ll also be spilling the beans on our new house next week – it’s already looking amazing, and completely different from the other two houses, for reasons I’ll explain shortly. You don’t want to miss this!