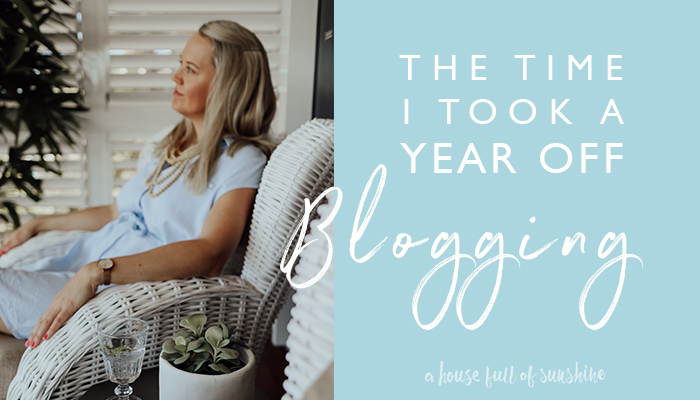 I’m going to talk a little bit about why I took a year off blogging last year.⁠ ⁠ It’s actually quite a long story… so buckle up. ?

The thing is, there is so much more to a person that the little bit they show online. And to understand my decisions now, I need to take you back to the person I was before this blog…. and the person I still am outside of it.

In a nutshell, I was a writer before I became a blogger.⁠ ⁠

My life dream ever since I was six years old has been to write novels. It’s a dream nearly as old as I am.

As a little girl I wrote stapled together “books” and filled exercise pads with stories. As I grew older I cut my teeth on short story writing, won some competitions, and had a couple published. I wrote my first novel when I was 23, flew to America for a writing conference, and landed an agent. ⁠ ⁠

Around that time, God gave me a very clear word about my calling as a writer. I thought for sure the path would be straightforward from there. God wanted me to write, he’d gifted me to write, and I loved writing! All I needed to do was land a book contract and I’d be off and running.⁠ ⁠ 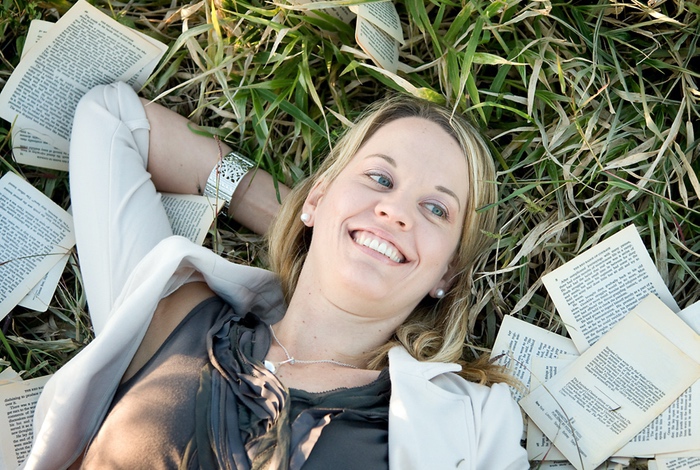 Except I never did get that book contract.

My first book was shopped around, championed by a couple of editors who took it to publishing board, but ultimately turned down. We eventually shelved it and I started writing the next. ⁠ ⁠

Then I started having babies. ⁠ ⁠

Enter a new season where it was harder than ever to squeeze in any writing. I was sleep deprived and stressed out.

But I kept picking away at it, and when my next book was about a third written, it finalled in a big competition. Once more I flew over to America, certain that this time would be it. ⁠​

The door was about to open on my lifelong dream to be a published novelist.

Except it didn’t work out that way. The book that finalled in the contest didn’t win. In fact, it received some pretty harsh criticism from the judges. The judging was based on the first chapter and a synopsis of the plot. And all three of them unanimously hated my plot.

⁠I flew home feeling crushed. That week I found out I was pregnant with my third child.

When I’m pregnant I stop sleeping, so I was instantly exhausted. ⁠If I’d known where I was heading with the story, I would have continued to peck away at it. But all the confidence had been knocked out of me, and I no longer trusted in my vision for the story. What was the point of finishing it if the plot was fatally flawed?⁠ ⁠

So, after a lot of internal wrestling, I shelved that partly-written book.

I just couldn’t see my way past the roadblock that had landed smack in the middle of my path. And in the mental and physical fog that comes with pregnancy and looking after small children, I didn’t have it in me at that point to start something new.⁠ ⁠ 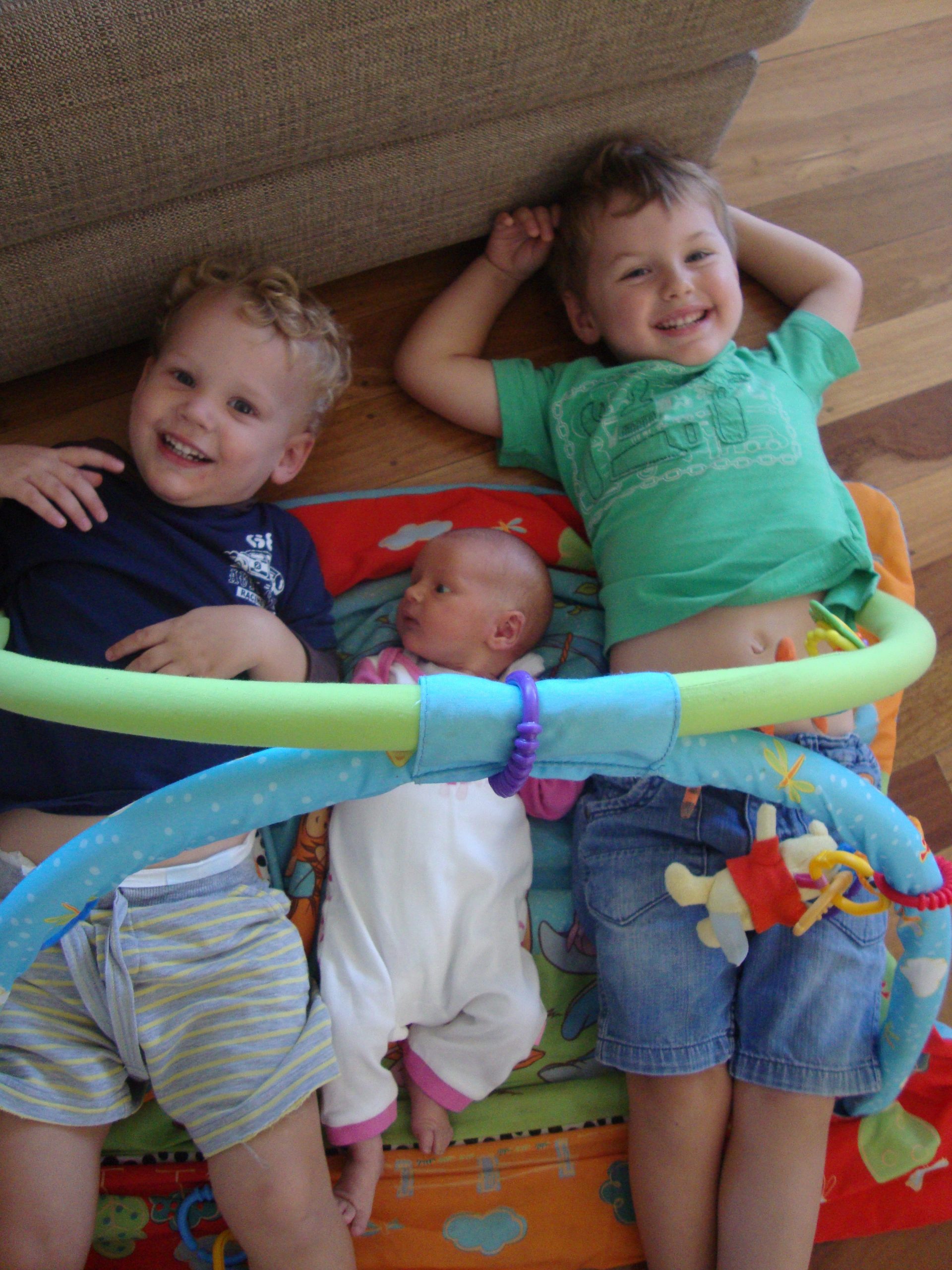 I knew I would still be a writer one day. I never doubted that for a second.

The dream didn’t die. It was just put on hold. ⁠ ⁠

But I still needed a creative outlet, because that’s how I’m wired. So I began blogging.

Honestly, when I started, my sole goal was to build a “platform” so the next sales and marketing team at a publishing board wouldn’t turn down my novel. ?⁠ ⁠

Writers often struggle with what to blog about. (Especially those of us who are not published yet.) I knew I didn’t want to blog about writing. My intention was not to gather a tribe of other writers around me. I write women’s fiction…. so I wanted my blog to reach women.

I asked myself what I had to offer a group of women that they might actually want to read about. Well, I also have a passion for decorating.

Write what you know, they say.

At that point in my life, I was a full-time homemaker with small children. My life was our home. So, I began to blog about the home.

It turned out to be a lot of fun. Also, a LOT of work.

It didn’t take long before I was hooked on blogging. I started immersing myself into it. And it took on a whole life of its own. ⁠ ⁠

Meanwhile, the dream that had been placed “temporarily” on hold kept getting pushed onto the back-burner. Just one more year, I kept telling myself. Next year I’ll make a financial success of this blog, and then I’ll allow myself to get back to writing.⁠ ⁠

Except that never DID happen.

What had started in support of my original dream – to be a novelist – had become a distraction that was literally keeping me from my dream.

If I’m honest, I carried a lot of internal rejection from my writing into the new season I began with blogging. I was getting my validation in the wrong place – from outside metrics of success. And if I couldn’t be successful at writing, then by gosh I was going to make a success of this blog.

I came at it with determination and competitiveness and a deep inner sense of unworthiness. I needed to PROVE myself.

There were a lot of reasons for that which I won’t go into, but suffice it to say, when I struggled to make a “success” of the blog (as defined by my own impossibly high standards and constant comparison with others in my space), it only made me more determined to succeed. I let it take over.

And along the way, I forgot the call that God had placed on my life in the first place. 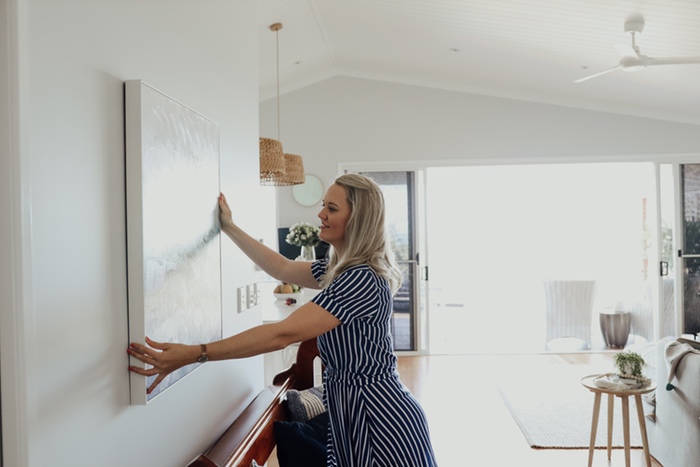 I was listening to a sermon the other day by Sarah Jakes Roberts. She talked about the difference between TALENT and ANOINTING.

Most of us have a range of talents. (Please understand that I am not saying any of this to toot my own horn, but to be vulnerable with you.) See, I have a talent for decorating. I’ve taught myself how to take good photos for the blog. Out of necessity, I also taught myself graphic design, and found I have an eye for it. I even have a talent for marketing.

When it comes to all the different aspects that go together to make a successful blog, I knew I had enough talent to be just as successful as anyone else. So why wasn’t I?

Because there is a vast difference between talent and anointing. And while I might have been talented at blogging, it has never been my first calling.

I am talented at blogging, but I am ANOINTED to write.

And sometimes God asks us to lay aside our talents in order to pursue our anointing. ​

Once I realised I’d gotten off track, I had to repent of that.

A year ago I felt very strongly that God was calling me back to writing. It didn’t make a whole lot of logical sense at the time.

For one thing, I felt the blog was right on the verge of breaking through to the next level… if I could just keep going a little longer, do a little bit more.

For financial reasons, I also had to return to teaching last year, so my time would be more limited than ever.

Besides, all those judges had hated my book idea. Remember that, God?

He just kept telling me, over and over, in many different ways, to finish writing that book anyway.

It was a total exercise in trust. It didn’t make much sense. And yet I couldn’t shake it. I knew without a doubt that finishing that book is what God wanted me to do.

So, I obeyed. Between teaching, book writing, and four kids, the blog went radio silent. I just couldn’t keep up with it on top of everything else.

And somehow, I knew that was okay. I knew I’d let my priorities get out of sync. I’d gotten sidetracked from my most important dream. And I knew that if I kept saying “some day soon” to writing, that day would never come. 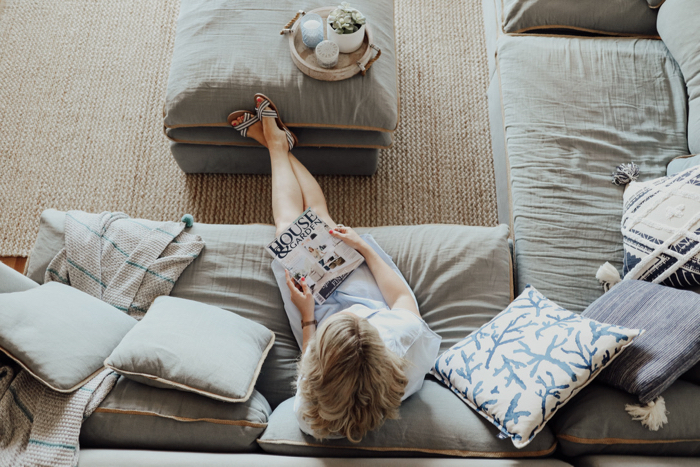 I finished the book last year. Flew to America for my third writing conference, a lot older and wiser than the 20-something girl who attended my first conference pre-kids, with stars in my eyes and no clue about the long and winding path that lay ahead.

It was a great conference. I have editors interested in my book – which, incidentally, is far too long. (Any surprises there? Ha!) So currently I’m in the thick of the editing phase, hacking the thing down with a chainsaw.

I’ve already been asked when my book is coming out, so I will just clarify right here that I do NOT have a book contract yet – far from it! All I have is an open door to send my work once I get the length trimmed down enough. There are no guarantees in this industry. It’s a tough market to break into. And I’m okay with that. I’m pretty used to long and slow by now. ?

Blogging is tugging at me as well. I feel God’s blessing on that – as long as I keep my priorities straight. I’ve learned my lesson there. When it comes to my vocation, writing is the main event: blogging is the supporting act. And as long as that support act doesn’t start trying to hog the limelight, I think we’ll be all good.

So that’s my story, morning glory. That’s why I took a year off blogging. And why I’m now back at it (kind of).

The thing is, I do NOT feel like I have the green light yet to jump back swinging into the blog-ring.⁠ I’m still juggling book edits, a part-time teaching job, and four kids, after all.⁠⁠ Instead, I’m dipping my toe in cautiously, mindful of what I’ve learned, and careful to keep first things first.⁠ ⁠

My word for this year is CONSISTENT. That means I’m okay with going small, as long as I can commit to it with consistency.

So my plan at the moment is a simple one. I’ve made a commitment to show up daily on Instagram. (If you don’t follow me yet, you can do that right here!)

And, I’m starting a new weekly initiative called ONE THING FOR THE HOME.

I’m so excited about being able to serve you better through it. More about THAT in my next post! 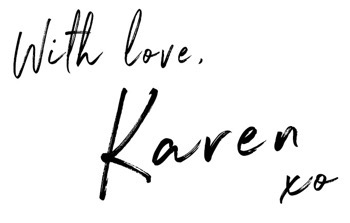